HomeNewsUncategorizedParkland Students Changing The World One Good Deed At A Time 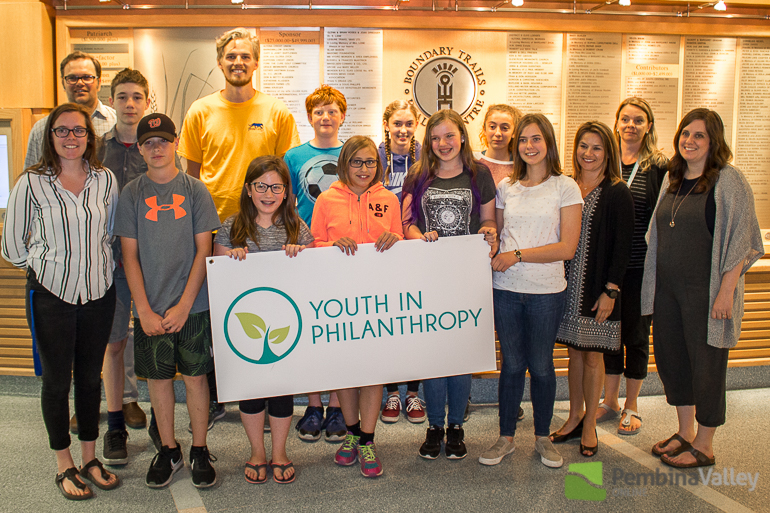 The village in Kenya who wanted to thank the students of Parkland for their contribution.

Today the world was made a slightly better place thanks to the efforts of grade seven and eight students from Parkland Elementary School in Winkler.

After a full year of bake sales, penny carnivals and other fundraisers, the school’s Junior High Leadership Team raised $1,500 which they presented to Boundary Trails Health Centre Foundation.

Many of the students want to help others but don’t necessarily have the means, which made the program attractive for young philanthropists Lea Ediger. “I guess I’ve always wanted to do something for this community and help but didn’t have any way to do it, so this was a great opportunity.”

“This was both of our second year,” says Jayda Kreller. “Last year was a lot of fun for me and helping people just feels really good.”

Back in September the group created a list of the organizations they wanted to assist. Ediger says the BTHC Foundation was chosen because everyone has a connection to it. The money will be put towards an adaptive bike which will be used to aid children in physical recovery and communication apps which will allow children who are non-verbal or don’t have a voice of their own.

“I think it’s valuable,” says Peters, “Because children working for children means a lot, the awareness is there.”

This money gives the hospital the chance to test this new equipment to see if it’s a good fit before they invest in more.

The studetns also takes part in international initiatives; the group will be sending $1,000 to a charity in Kenya called Creation of Hope. The money will be used to create wells which will provide the village with clean drinking water.